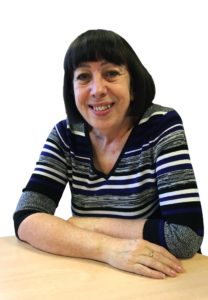 Thank you for considering a career with Solihull Metropolitan Borough Council in the newly created position of Assistant Director for Inclusion and Additional Needs. As Director of Children’s Services, I am proud to lead such a committed and dedicated team that really cares about improving outcomes for children and families in Solihull. Our Directorate’s vision is that we work in partnership to deliver services for children, young people and families so that they receive the right support at the right time and are enabled to thrive in their communities.

As you’ve shown an interest in a management position with us, we have put together this website so you are aware of our core values and priorities that are held by everyone that works for us. The council’s vision for Solihull is that it remains a place where everyone has an equal chance to be healthier, happier, safer and prosperous and that of course includes our children, young people and families. Your role will be crucial in supporting the most vulnerable cohorts of children and young people to thrive and fulfil their potential.

With inspiring colleagues, active councillors, and the support of a Lead Cabinet member to promote our agenda for children and young people, we are all proud of the Borough and endeavour to reach high standards and expectations.

Have a read through this website and if you think you can help us to move forward, then please apply and tell us what you have to offer.

Director of Children's and Skills

Could you help shape the future of OUR Special Education Needs and Disabilities?

Solihull MBC are looking for an ambitious, skilled and collaborative leader who is a specialist within Inclusion and SEND to improve our services and give our children and families the support and provision they need and deserve.

Reporting directly to the Director of Children’s Services, you will lead the vision and values we uphold to ensure that Solihull is a place where every child and young person has a great chance to succeed and achieve their full potential.

We are really keen to work with someone who has the potential to operate across Inclusion and SEND services, Schools and other Partners and Stakeholders – most importantly our families - to help bring about the change of focus and pace needed within this key area of Children’s Services.  The ability to bring together services and practitioners into a new and effective Division will be key.

This new configuration brings together Statutory Assessment, Educational Psychology, Specialist Inclusion Support Services (including autism, hearing and visual impairment, Speech, Language and Communication), Alternative Provision, Children Missing Education, Elective Home Education, Virtual School and Commissioning / Placement Finding.  Like many authorities, Solihull is struggling with an increasing High Needs Block deficit and needs to be able to work more effectively with schools and other stakeholders to address the financial position whilst improving the whole system of Inclusion and SEND services.

If you have a proven track record of delivering positive outcomes alongside the energy, passion, drive and skills to help deliver better futures for our children and young people of Solihull, then we’d really like to hear from you.

For more information contact our retained search partner Hampton’s Resourcing on 07870 620 587 / 01926 355 778 or alternatively via email on simon@hamptonsresourcing.com

For more information contact our retained search partner Hampton’s Resourcing on 07870 620 587 / 01926 355 778 or alternatively via email on simon@hamptonsresourcing.com 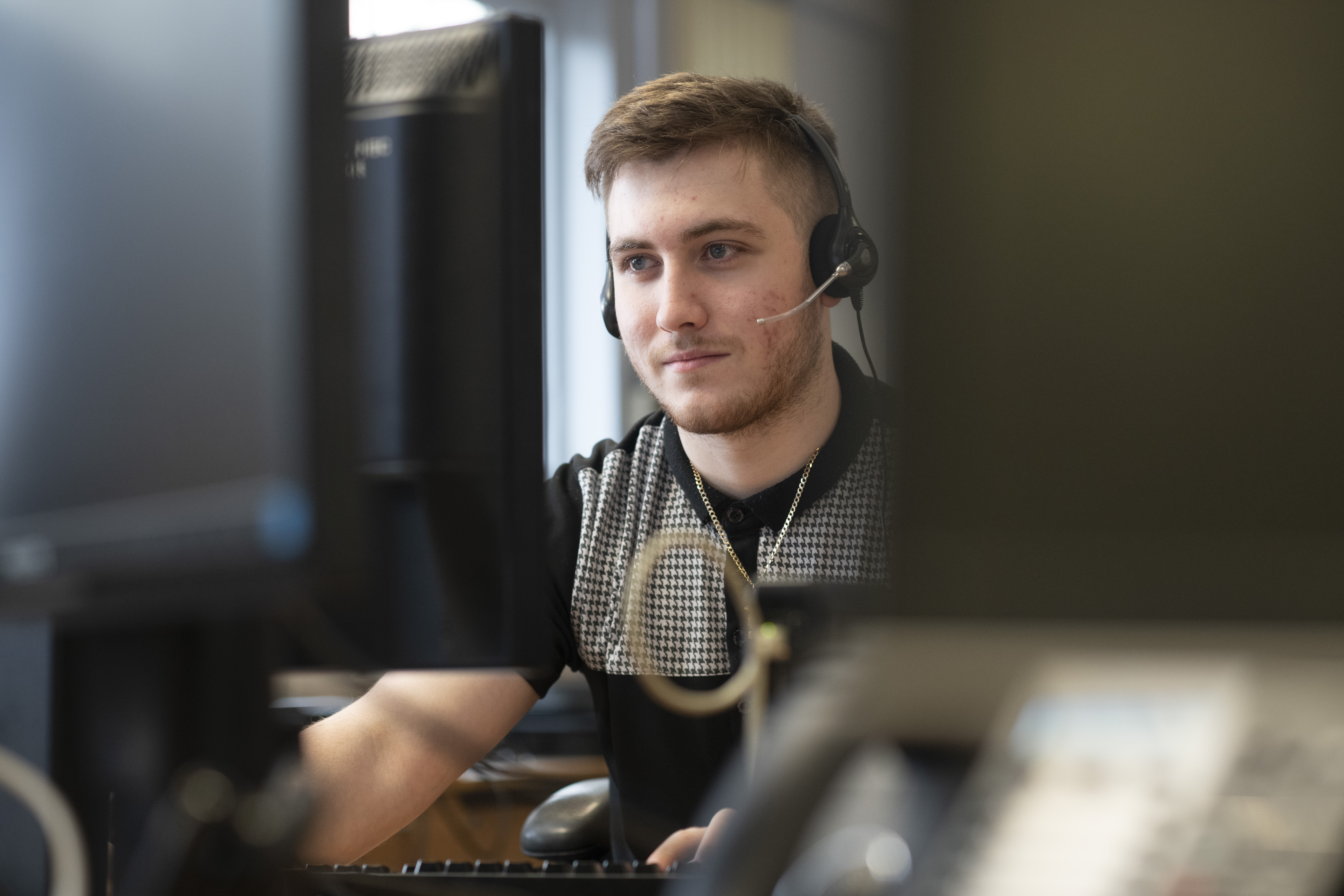 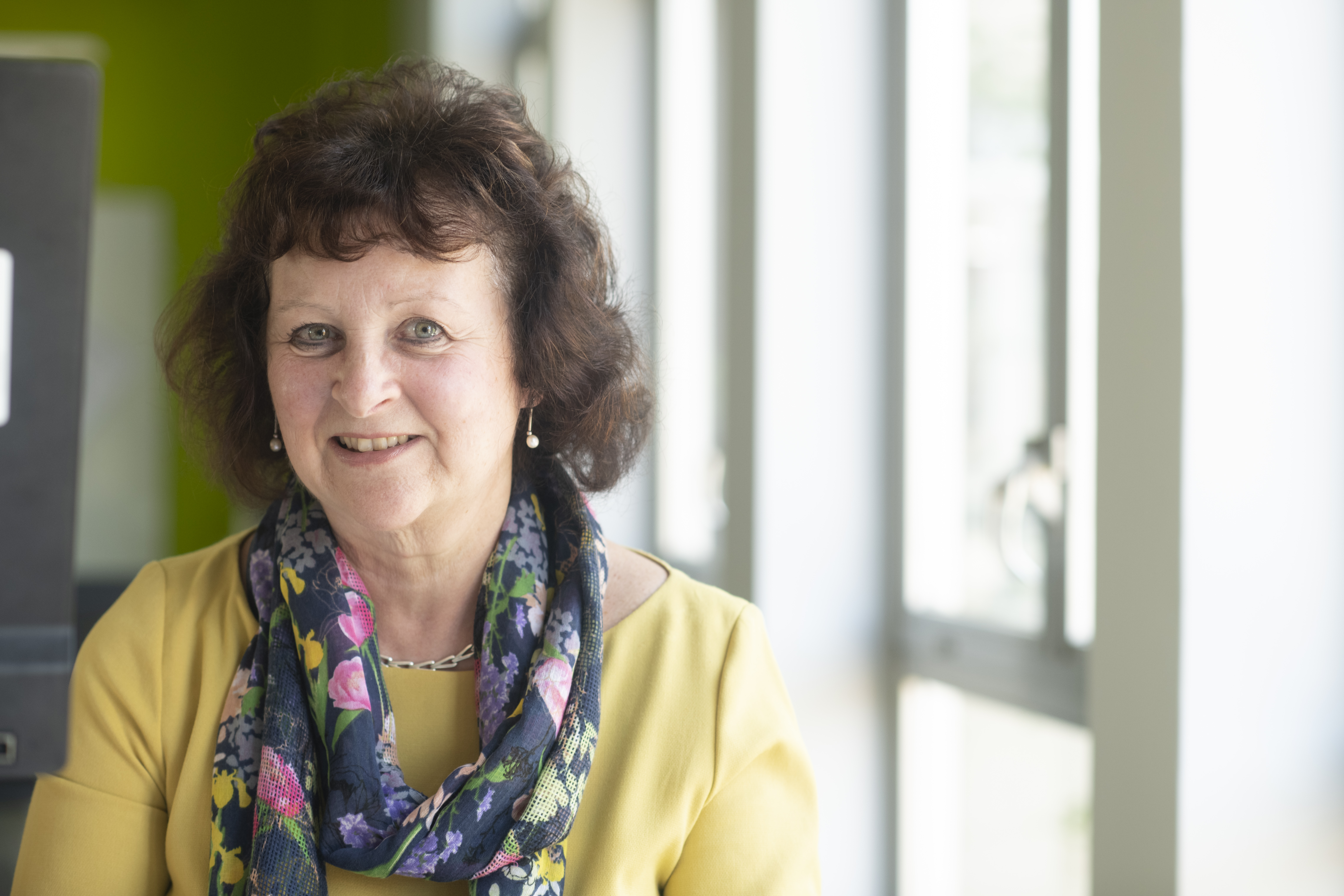 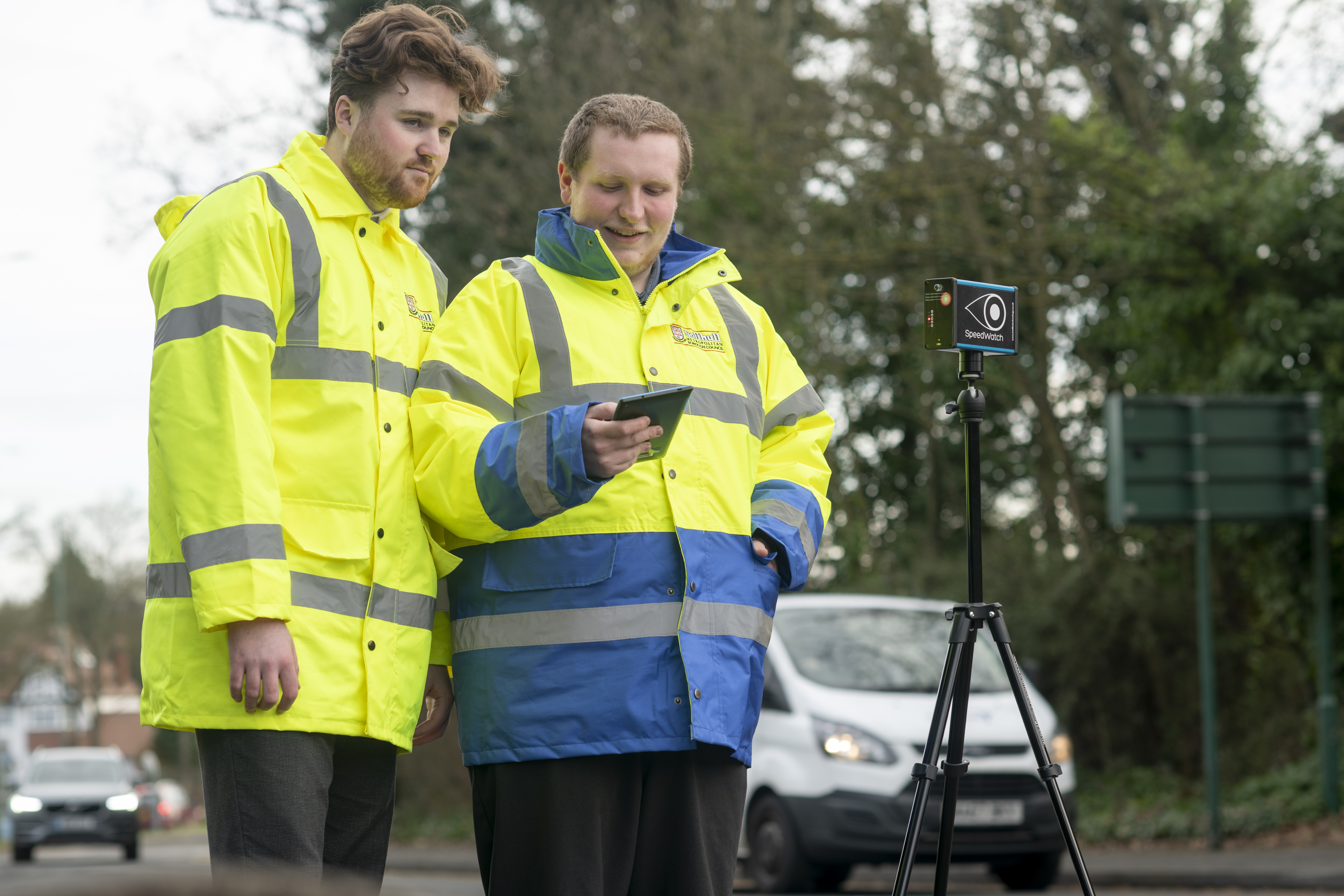 Solihull is a place of contrasts. It is repeatedly rated as one of the best places to live in the UK and we celebrate this accolade and take advantage of all the benefits it brings. However, the headline masks some challenges, none more so than the inequality gap between the north and south of the borough.

We know that Solihull is well placed economically, that people aspire to live and work here, and that this leads to the perception that some of the social challenges are less and easier to tackle than in other parts of our region and country. Whilst this is true in part, it is also the legacy of strong leadership, ambitious foresight/planning and Silhillian endeavour over 30 or more years.

This collection of qualities and characteristics continue to define and distinguish the place and people of Solihull today and will carry us forward to make it an even better and more equal place.

Here is a snapshot of what makes the borough a great place to live, learn, work and play, the challenges it faces and the opportunity that this contrast presents us.

Attractive environment - Two thirds of the borough (11,500 hectares) is Green Belt which is why we have the motto 'Urbs in Rure' – town in country.

Existing regionally and nationally significant economic assets and transport infrastructure - Solihull is most productive economy in the West Midlands in terms of Gross Value Added (GVA) per head of population and per workforce job. In fact, GVA per workforce job has increased by 6% since 2011. These economic assets support over 100,000 jobs. Solihull is home to Birmingham Airport, the NEC, Jaguar Land Rover and major businesses in Solihull Town Centre and high-quality business parks.

Aspirational housing - with values consistently above the regional average.

Excellent schools and education opportunities - 90% of Solihull education providers are deemed good or outstanding and school attainment at Key Stage 2 and Key Stage 4 is above the national average.

Good Social Cohesion - 83% of respondents to the Solihull Place Survey 2018 agree that people from different backgrounds get on well together in their local area.

A prosperity gap - While much of the borough is relatively affluent, 16 out of 134 neighbourhoods are in the most deprived 10% in the country. Impacts are felt across a broad range of outcomes including educational attainment, employment, crime and health.

Creating Growth for All - Inclusive economic growth means ensuring that good opportunities are available to all of our residents, in particular, that people are able to access new employment opportunities and housing.

Amongst the challenges we face is how to adapt our local transport system to cope with current and forecast demand, and how to increase the proportion of people who commute by public transport, walking or cycling. Maximising public transport connectivity is essential in linking major employment sites to residential areas.

In future many new jobs will require higher level skills. We are well placed to meet this skills requirement, however, some residents will require support to access these opportunities. Employment rates for those with lower skills, ill health (particularly for those with a mental health issue), carers and lone parents are much lower than the rest of the population.

A Changing Population - Over recent years, the Solihull population has increased at a much slower rate than nationally but our community is becoming increasingly diverse with a far larger proportion from an ethnic minority background than 10 years ago (14% in 2011 compared to 5% in 2001).

The most significant population change has been the rapid increase in the number of older residents. The 75 and over population in Solihull is expected to grow by around 700 per year over the medium term. By 2027 there are expected to be over 28,200 people of this age living in the borough.

The number of people aged 65 and over with dementia is projected to rise by 39% between 2017-2030, with similar increases for those living with long-term health conditions and the number needing help with self care and mobility tasks. There are also wider community implications of this population growth, particularly as the number of people of this age group living alone is expected to rise by 39% by 2030. Providing a range of appropriate housing options will be critical, as will community support to prevent loneliness in older people.

Our vision is for Solihull to be a place "Where everyone has an equal chance to be healthier, happier, safer and prosperous through growth that creates opportunities for all".

To address the challenges and opportunities facing us as a Council, five new priorities – or major steps that we need to take – have been identified.

Our Top 5 priorities are:

Read more on our vision and priorities in our Solihull Council Plan 2018-2020.

The Council’s five priorities will be delivered through eleven key programmes which each in turn consist of a number of projects and activities (see pages 6-12 in the Council Plan).

Although each of these programmes is aligned to a particular priority, the reality is that each one cuts across and contributes to a number of priorities. Our strategic business planning approach and leadership structures are designed to ensure that all of our priorities, key programmes and activities are developed and delivered in a cross-Council and, where necessary, cross-partner way.

Solihull Council aims to improve lives by delivering great services. We have always prided ourselves on high quality services while being efficient, responsible and innovative in the way we use resources.

Some of the challenges for the Council include the following:

Despite increasingly constrained central funding and uncertainty over proposed changes to how this funding will be distributed across local government, councils have new opportunities to foster, and to benefit from, local economic growth.

Only by growing our economy, encouraging existing business growth and proactively encouraging Foreign Direct Investment and relocation of national businesses into Solihull, will we expand our ability to generate revenue for our public services through local business rates as well as provide employment opportunities. This will mean bringing our physical infrastructure, land and human assets into a coherent policy to support this economic growth. Our track record is very strong in this area but achieving this will require a renewed vigour into the next decade.

Our approach to regeneration has been strong for a number of years. How we work with the West Midlands Combined Authority, the Greater Birmingham and Solihull LEP and our Urban Growth Company into the next decade is mission critical to maintain our position and increasing our relevance to the UK economy.

Our relationship with the European and global economy is changing. Our positioning in Solihull, as a council, across those things that we are legally required to do and as a people and place leader will require even greater skill and the ability to adapt.

Managing change, at pace, and often without a longer-term view will require determination and adaptability as well as joined up thinking and action. Here in Solihull we are preparing to be ready for beyond the horizon.

For more information about the Council and other useful reading please take a look at the following additional documents and links:

Additional Information Relating to the Assistant Director of Inclusion and Additional Needs Role: 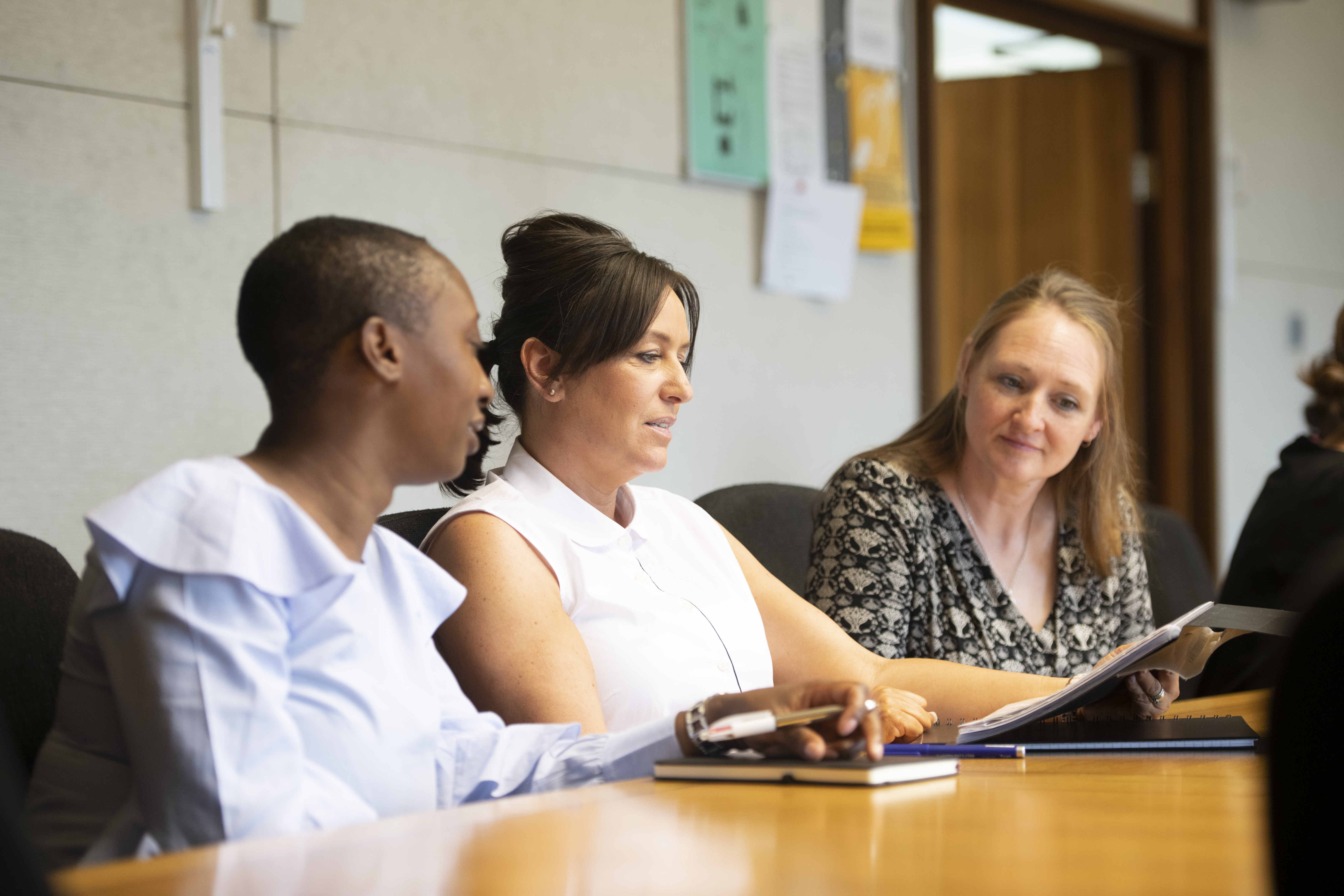 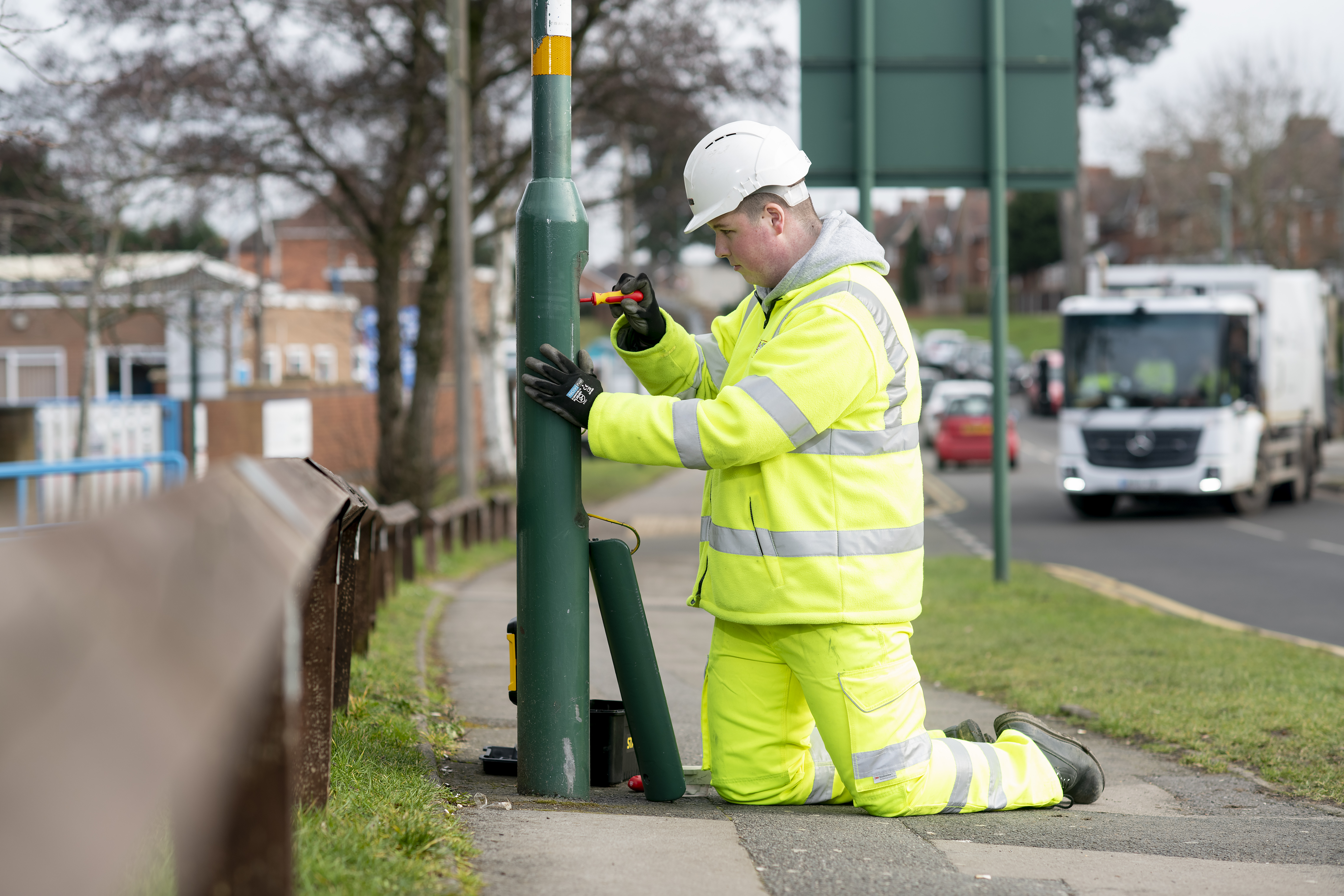 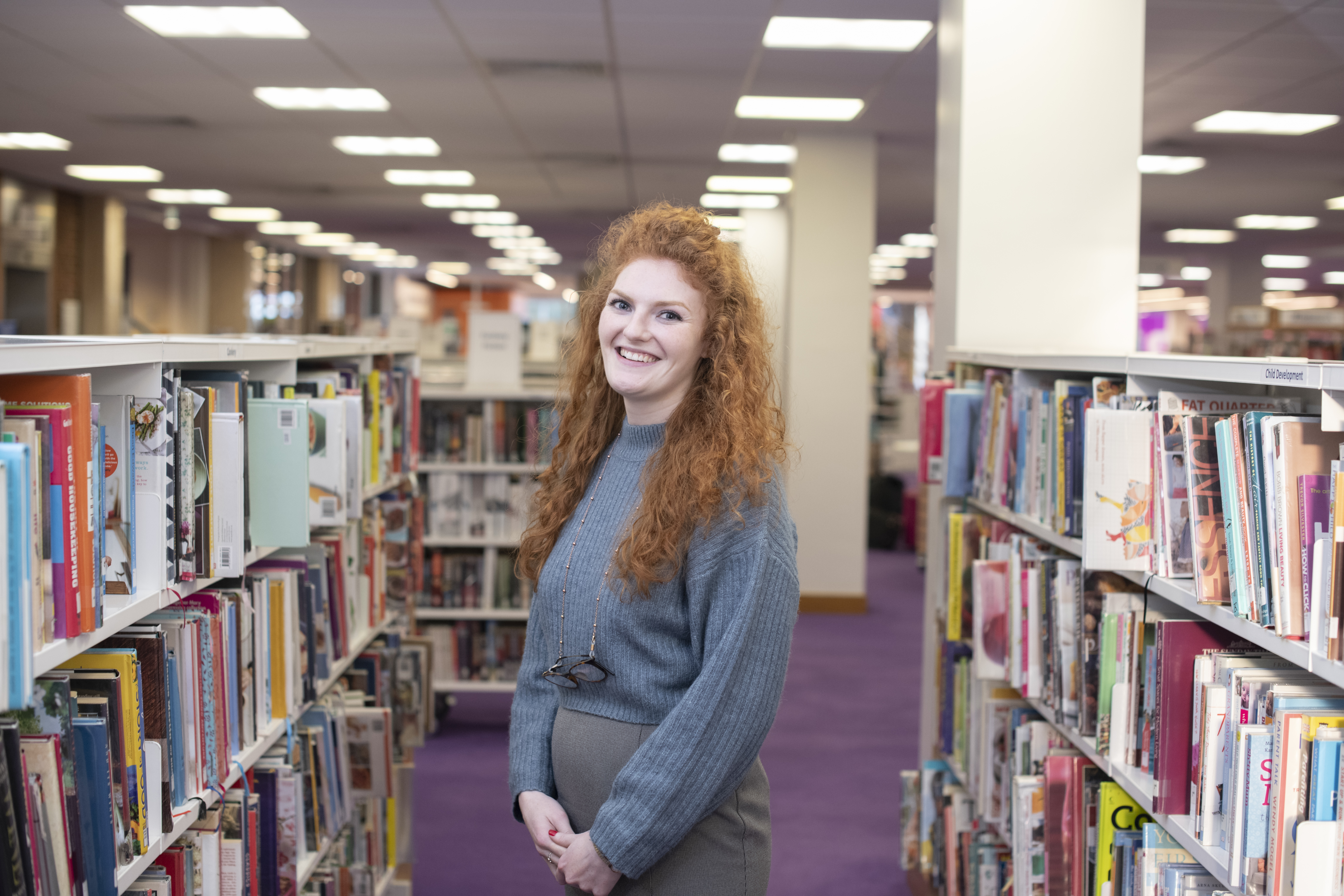 This new Metropolitan Borough was formed by merging the old County Borough of Solihull with parts of Stratford and Meriden Rural District Councils. The new borough incorporated the civil parishes of Balsall, Barston, Berkswell, Castle Bromwich, Chelmsley Wood, Fordbridge, Hampton-in-Arden, Hockley Heath, Kingshurst and Meriden, covering a total area of 44,495 acres with a population of 206,700*.

Solihull has been voted as one of the best places to live in the UK. As one of the most prosperous towns in the Midlands, almost 70 percent of our borough is designated as green belt. We enjoy great communication links with the M40, M42 and M6 all close by and an excellent network of railways plus, of course, an international airport.

We are home to the award winning Touchwood Shopping Centre, National Exhibition Centre and the Genting Arena including Resorts World.