In September 2020, a 650 metre section of Kingshurst Brook after the confluence of Hatchford Brook and Low Brook was the focus of a range of different physical interventions.

This section of watercourse has previously been heavily modified, which has resulted in a straight channel with steep banks and straight sides. There has been an absence of natural river processes, and a reduced ability to accommodate large populations of wildlife. 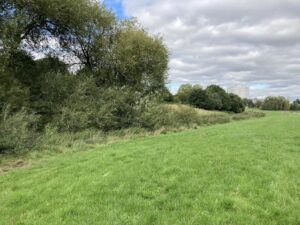 How the brook looked before the works

Solihull Council’s Ecologists and Landscape Architects worked closely with the Environment Agency to design a range of physical interventions to reverse the decline in biodiversity suffered by the brook over recent generations. These included:

Habitat enhancements to this stretch of the Kingshurst Brook will enable an increase in natural river processes, reconnect the brook to its floodplain, diversify the morphology of the brook and reduce flood risk downstream.

This project, along with Damsels and Dragons, involves the restoration of a tributary of Hatchford Brook in Elmdon Park. They form part of the Solihull Brook Improvements project. These projects ran between September and November 2020 with channel works completed by early October to avoid fish spawning season (taken to be from 1 October to 15 June).

In December 2020 Phase 2 of the Kingshurst Brook project got underway. Over 300 native riverside trees including black poplar, alder and willow were introduced to provide habitat diversification and shading to sections of the watercourse to mitigate future increases in water temperatures due to climate change.

The collaborative project, funded by the Environment Agency and European Regional Development Fund, and delivered by Solihull Council, helps to deliver biodiversity benefits for local users, visitors and wildlife. 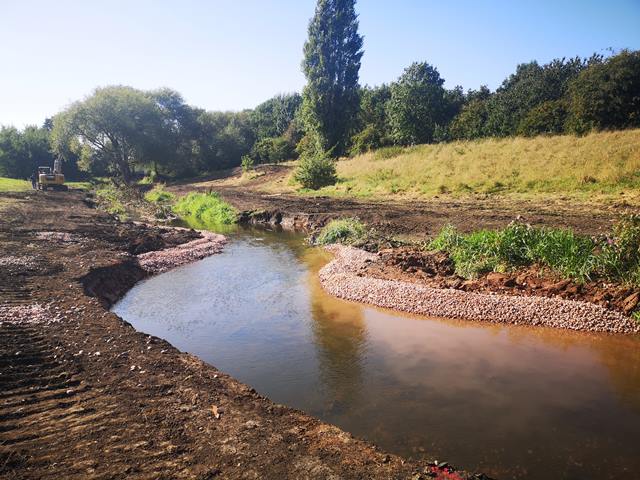